The Best Coffee Shops in Nashville

One of the many wonderful things about Nashville is that you are never far away from a great cup of coffee. We all need a little pick-me-up sometimes, especially when you’re gallivanting around town trying to soak up as much southern charm as possible. There’s plenty to see in the way of barbecue, honky-tonks, and delicious restaurants. Sometimes a little caffeine is exactly what you need to propel you from one place to the other.

We’ve put together the top shops around town to keep you fueled up and ready to go. No matter if your in the heart of downtown, south, east, or west of the city, we’ve got you covered. So here you have it—the best coffee shops in Nashville.

The recent coffee boom around Music City is often attributed to Crema Coffee Roasters. They opened the doors of their downtown location in 2007. They’ve since built an institution of local coffee—everything from service, to roasting, to retail.

Their original location is still open, just outside of the bustling SoBro section of downtown Nashville. A deck sits just outside of their door that affords a beautiful view of the Korean Veterans Bridge, which spans the Cumberland River.

The coffee served inside is well-crafted, well-roasted, and as beautiful as the surrounding decor. In fact, they’ve won two awards from the Specialty Coffee Association of America in their annual coffee roasting competition.

And now you can try their award-winning coffee at the newest location in East Nashville. Located a couple blocks off the intersection of Trinity Lane and Dickerson Pike, their “Takeaway Cafe” serves the same tasty menu as the original location.

You can also get yourself a cup of Crema coffee from their coffee counter located just inside the front door of Pinewood Social.

Barista Parlor burst onto the local coffee scene in East Nashville in 2012. They quickly became known for their delicious offerings from the best roasters throughout the country. Expertly executed methods of coffee brewing combined with intentional and careful presentation made them a destination for coffee drinkers from all over the country. Their name quickly spread and eventually, so did the company.

They opened their second location in the Gulch and shortly thereafter began roasting their own beans. They soon phased out the other coffee roasters and began serving their own coffee exclusively.

The brand continued to grow and soon followed a location in Germantown, another in Marathon Village, and the plans for growth continue throughout 2020. They will soon be included in the expansion at BNA. There are plans to open another location on the westside of Nashville. They’ve also recently announced a partnership with the W Hotel.

Their locations are all built into repurposed locations. They elect to revitalize the buildings instead of tearing them down. This gives each location its own unique feel, while serving up the same delicious menu.

Stay Golden Restaurant & Roastery is located just south of downtown. The area surrounding the building may seem industrial, but the experience offered inside is nothing short of elegant. Whether you’re looking for delicious food or intricate and interesting craft coffee cocktails, Stay Golden has something for you.

Their delicious coffee is roasted in-house. But if you’re looking for something more than a cup of black coffee, they have plenty of wonderful concoctions for you to try. Their menu changes with the seasons, but no matter when you visit, they’ll have something that you won’t be able to find anywhere else.

They opened in August of 2018 and quickly shot to the top of local coffee lists. The team behind Stay Golden has deep roots in the local coffee scene. They worked at another great local shop called Steadfast Coffee, as well as Crema Coffee Roasters.

Originally from St. Louis, Sump Coffee burst onto the Nashville scene in 2017. They have made a splash in the coffee roasting market by consistently focusing on roasting their coffee toward the light end of the spectrum. This allows more of the coffee bean’s inherent flavors to come through. The result is a delicious cup of coffee.

They are located on the westside of Nashville on the ground floor of the oneC1TY development. The area around the shop is blossoming into its own little neighborhood and Sump acts as the meeting place in the middle. Visit for a beautiful space with floor-to-ceiling windows and a great cup of coffee.

Now that you’re full of caffeine, visit Tommy’s Tours for the best trip around the city! 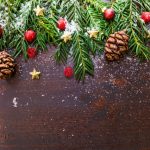 A Guide to Christmas in NashvilleNashville 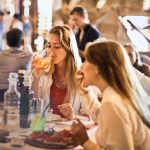