Nashville has a lot to offer. So many historical events have happened here over the years that it can be difficult to keep track of everything. Luckily, the city has a wide array of cultural and historical landmarks that work to make this information readily available.

Our city’s connection to popular music has helped us earn the name Music City. And while this is a huge part of our DNA, there is more to learn about the area than country music.

We’ve decided to compile the top 10 cultural landmarks — including the sites inextricably tied to the music industry, of course — to highlight everything this city has to offer.

Here are the top 10 cultural landmarks in Nashville, TN:

The capitol building of Tennessee sits downtown Nashville. It was completed in 1859 and continues to be a marvel of architecture. It is one of the only twelve state capitols not to feature a dome. The grounds feature statues, impressive landscaping, and the tomb of James K. Polk — our nation’s eleventh president.

“The Mother Church of Country Music” has hosted numerous historic bands, singers, and shows since it first opened to the public in 1892. But even though the stage has hosted such a large number of historic performers, it’s best known for hosting the Grand Ole Opry for over 30 years. The Ryman is still available for live music as well as tours of the facility.

Andrew Jackson — the seventh president of the United States — lived on a sprawling plantation just east of Nashville. It has been turned into a museum which offers daily tours of the living quarters of the former president. The grounds are open to visitors to peruse the slave quarters, garden, and farmland.

Visit Tommy’s Tours and get to know the real Nashville!

This art museum is housed in what was originally built as a post office back in the 1930’s. The white marble structure is a beautiful home for the Frist, which features a rotating display of art exhibitions throughout the year. It opened in 2001 and has since hosted some of the most prestigious art exhibitions in the world.

The Tennessee State Museum is located in the heart of downtown Nashville near the Tennessee Capitol, next to the Bicentennial Capitol Mall State Park. It features the history of the state of Tennessee in a variety of interesting ways. You will find historical artifacts along the way, as well as art and photography produced by notable Tennesseans.

Nashville’s connection to country music is no secret. This is why the Country Music Hall of Fame opened here in 1967. It was moved to its current, and much larger, location in 2001 to better celebrate all of the artists that made country music what it is today. The museum features memorabilia and artifacts from famous musicians and much more.

Many people are surprised to learn that there is a full-scale replica of Greece’s Parthenon just outside of downtown Nashville. It was built in 1897 and is currently used as an art museum. Nashville is also known as the “Athens of the South” which influenced the decision to build the replica. It stands in beautiful Centennial Park and is truly a sight to behold.

The Belle Meade Plantation is a mansion that now acts as a museum. Although the plantation now encompasses 30 acres, it stretched up to 5,400 acres in the late 19th century. Along with the museum, the property houses a winery and visitor’s center. Tours are offered and the stories of the slaves on these grounds have become a focus for the proprietors.

This recording studio located on Music Row is credited as the birthplace of “the Nashville Sound.” Many famous musicians have recorded in the space over the years including Chet Atkins, Willie Nelson, and Dolly Parton. Elvis Presely is said to have recorded more than 200 songs here. It’s now open to tours and features many of the same instruments played by the famous musicians.

This beautiful theater dates back to 1925. This historical site at one time featured the most technologically-advanced equipment of the silent movie era. It also hosted the famous Grand Ole Opry on its large stage in the 1930’s. The theater continues showing movies to this day and remains a local favorite for art-house movie screenings. 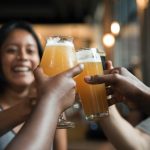 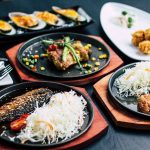 Your Guide to the Best Outdoor Eateries in NashvilleNashville