Nashville’s music scene has been a thing of legend for decades. The high caliber of musicians that have cut their teeth on the various stages strewn throughout the city has remained constant. Many famous singers grew up in middle Tennessee and got their start here in Nashville. Even more musicians came here from all over the country to get experience in Music City.

The Ryman Auditorium is a historic venue located right in the middle of downtown Nashville. It’s famous for hosting the Grand Ole Opry from 1943 until 1974. It has been designated a National Historic Monument and is also known as the Mother Church of Country Music.

The stage at the Ryman has hosted legendary music acts throughout the years and continues to host events almost every night of the week. The interior is unique. Wooden church pews provide the seating throughout the ground-level floor as well as the balcony.

You’ll find Robert’s Western World right around the corner from the Ryman Auditorium. This stage is much smaller but the caliber of musicianship remains very high. Housed in a section of a former guitar warehouse, the space was changed into a western boot and apparel store before taking its final form of a honky tonk.

The beer flows freely and the music blares into the street. This intimate venue is a great opportunity to see local musicians of incredibly high caliber play to enthusiastic crowds. Hit the dance floor or grab a bite to eat at the bar.

Visit Tommy’s Tours to get your Nashville tour scheduled today!

Downtown Nashville has some beautiful sights to offer — especially at night. And the Ascend Amphitheater is the perfect place to enjoy these views while also taking in a show. This open-air music venue is located along the Cumberland River. It features over 2,000 seats up front and a large grass area that can host another 4,500 people.

There’s no better place in Nashville to enjoy the great outdoors while watching a great band onstage. Ascend Amphitheater offers an experience you won’t be able to find anywhere else in Nashville.

This family-owned music venue has been operating out of this same space near the Vanderbilt campus since 1971. The list of musical acts that have played this stage is as long as it is impressive. Every musical genre is represented. Big names such as Johnny Cash, Willie Nelson, Tom Petty & the Heartbreakers, Tom Waits, The Ramones, BB King, and much more have played the Exit/In.

The large floor area offers an intimate experience and the balcony provides an opportunity to take in the whole venue with a glimpse.

Marathon Music Works is a 14,000 square foot event space that hosts large indoor concerts. The industrial setting of the historic neighborhood sits just outside of downtown Nashville. The complex is housed on the historic site of Marathon Motor Works, a company started in 1907 that moved to the area in 1986. The buildings have been repurposed to include retail shops, the Marathon Motor Works Museum, and of course the music venue.

This large venue offers a full bar and food menu for each performance. The stage hosts live music almost every night of the week and creates an intimate setting despite its size. Tables and seating are available to casually take in a band or musician. 3rd and Lindsley is located just south of the SoBro district of downtown Nashville on the corner of, you guessed it, 3rd and Lindsley.

The Basement has two locations, one in the neighborhood of east Nashville, and the other is on 8th Avenue South near the Belmont campus. This hip spot is a great place to find both local bands as well as national touring acts. The building of the east Nashville location was struck by the tornado that ripped through the area on March 3rd, 2020, but the owners have committed to rebuilding and resuming operations as quickly as possible.

The Mercy Lounge is one of three music venues located within one complex on Cannery Row just south of downtown Nashville. The Cannery Ballroom and the High Watt share the space and often offer their own shows on the same night as the Mercy Lounge. This is a great place to catch a rising act in a comfortable and cool atmosphere. It’s been in operation since 2003 and has made a name for itself as one of the most reliable venues in Nashville. 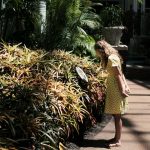 The Best Indoor Activities in NashvilleNashville 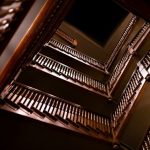 Top 7 Things to Do in Nashville During COVID-19Nashville