Nashville is nicknamed Music City for a reason. There’s plenty of venues and the ability to discover a new band or artist any day of the week, no matter the genre. That’s why we’ve put together this list of Nashville’s best new music venues to help you discover your next favorite.

A few of our favorite music venues include:

Want to see what Music City has to offer? Book your tour with Tommy’s Tours.

Nicknamed “the mother church”, the historic Ryman Auditorium is located just off Broadway. The two-story fully seated venue has a 2,362 capacity where every seat guarantees an excellent view. Countless iconic artists like Dolly Parton, lorerrta Lynn, and Patsy Cline made their debuts there and it’s been home to various  events like the Country Music Association Awards and most recently, the Nashville Songwriters Awards. From country to rock, there’s plenty of  great live acts to catch and if you’d like to see the space itself, you can schedule a self-guided tour.

If you’re looking to find some local acts, The End provides the perfect stepping stone for musicians to start at a smaller local level. With a 200 person capacity, it’s an intimate space for a club experience like no other. Some artists that have played The End include acts like The Flaming Lips, The White Stripes and Against Me!, amongst thousands of others.

As the sister venue to The Basement, Basement East is home to plenty of regional, local, and nationally touring acts. With a capacity of 400, it’s roughly four times as big as The Basement and located just off the 5 Points neighborhood in East Nashville. Some artists that have previously played Basement East include acts like Wet Leg, Foxing, and The Mezingers.

Located across the street from The End, the long-standing Exit/In opened on Nashville’s Rock Block back in 1971 and has hosted just about every modern rock band that has hit the mainstream over the next 40 years. Just take a look at the names written on the venue’s walls or the photos that fill the space, you’ll see names like Etta James, Johnny Cash, and Billy Joel, amongst hundreds of others. Today, the 500 capacity venue hosts plenty of local and touring acts – and you never know, you might see a new favorite artist before they hit it big.

The locally opened and operated concert and event space, Marathon Music Works, is located in the Marathon village neighborhood. It was originally built in the early 1900s and once housed Marathon Automobiles – with historic cars you can still see in the Marathon Village building. With a capacity of 1,700, this warehouse style building provides the perfect concert experience for a larger concert with music from various genres like rock, indie, country, and hip-hop.

Tommy’s Tours, guided by Comedian Charmin’ Tommy Garmon, are a fun-packed, three-hour, Nashville’s hotspots and celebrity homes. Visiting the city? The tour will pick you up at your hotel and drop you back off in the same spot. 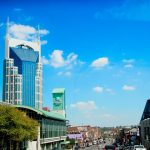 Nashville Neighborhoods You Should ExploreNashville 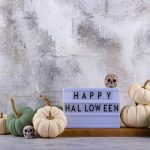 A Guide to Halloween in Nashville 2022Nashville